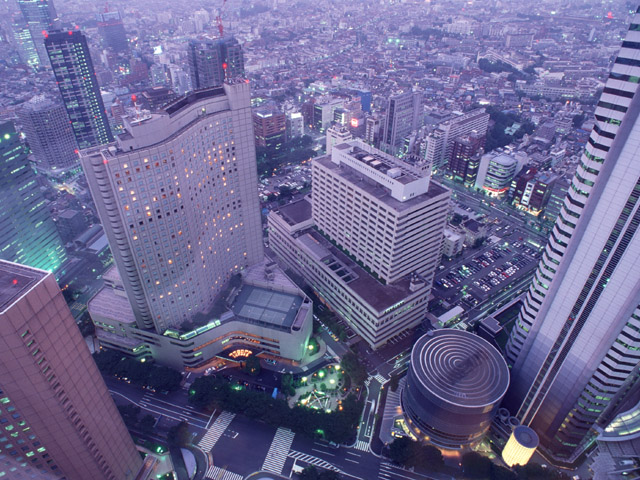 Since the March 11 earthquake, people often ask me “How is Tokyo right now?”

So, I want to write what I know and noticed about recent Tokyo.

As you know already, because of the nuclear plant accident in Fukushima, fear of radioactivity gradually spread in Tokyo, even it is 200 km away from Fukushima.

Some people (especially have small children) moved to Osaka and Fukuoka, the cities in west Japan, staying at families and hotels.
It seems that a few companies moved their head offices from Tokyo to Osaka.

I don’t want you to get wrong idea. I am not saying that Tokyo is dangerous, and neither the Japanese government. What I mean is that there are some people feel so.

I saw the news that the number of hotel reservations in west Japan is increasing on the contrary to that of east Japan.

I think what triggered these actions are distrust against Japanese government and the reaction of foreign residents of Japan. I mean it seams that the news about ambassadors in Japan urged their people to leave Tokyo and the airports crowded with foreigners who leave Japan, are making Japanese people nervous.

Since media reported “a part of water in Tokyo is polluted (though it is said that based on radioactivity levels, there is no health risks),” mineral water disappeared from supermarkets, convenience stores, and vending machines because many people buy up water.

I am not a specialist of radioactivity, so I can’t say how much it is polluted or if it is really that bad.

There is no scarcity of food here in Tokyo, as far as I know.

Currently, railways are operating at 80% of the regular schedule due to saving electricity. I feel 30 to 40% dimmer in station premises and escalators are turned off. The other day, I took a train during a daytime, and I was really surprised that it was also dark in the train! 😯

Turning off escalators is kind of good because everyone uses stairs and prevent metabolic syndrome. 😛

Also because of the electricity saving, many stores including department stores, supermarkets, and convenience stores turn off some lights and close early. Offices and especially factories are heavily affected by it.

I guess operators are having hard time because electricity shut-down damages production efficiency.

Schools seem to be operated just as usual. 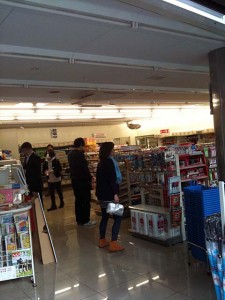 Almost convenience stores turn off some lights because of the electricity saving.

I see a lot of people wearing masks outside, but it is not unusual because it is pollen season now. I am sure some of them concern radioactivity.

April is usually the month of cherry blossom viewing and welcome party for new co-workers; therefore, restaurants and parks get prosperous every year, but people voluntarily refrain from those fun events this year, especially many restaurants reservations have been cancelled.

That’s all what I can say about present Tokyo for now.

In conclusion, Tokyo is not at the level where life is inconvenient right now. Sure, a few things like mineral water are short, but people in Tokyo live and work as usual.

The atmosphere in the towns is dark because stores don’t use many lights.

As the number of foreign tourists was reduced remarkably from the popular destinations such as Asakusa and Akihabara in Tokyo, the tourist industry got huge damage.

I hope those who were going to visit Tokyo to come to Tokyo as they planned because their economical actions in Japan will save Japan.

Also, if you do internet shopping, it will be great if you buy from the Japanese.

Last but not least, I am so grateful that many people in the world to unite and support Japan by donating money and sending helpers.

Thank you so much. (bow)