Wasabi Stories vol.57: “You’ll Surely Get Over a Handicap”

“You’ll Surely Get Over a Handicap”

Today’s story teller is the top prize winner of The [W:Van Cliburn International Piano Competition] 2009, [W:Nobuyuki Tsujii], who is a totally blind pianist.

After winning the competition, his CDs received a flood of orders and sold exceptionally well in the classical music market; though, he had released three titles in CD and DVD, and he had been known in the music circle before the competition. 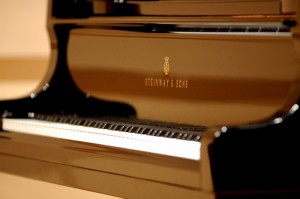 He is one of the few pianists who debuted when they’re college students, and since he was early teenager, he has been supported by a composer, [W:Shigeaki Saegusa].

Saegusa persisted in being severe attitude toward Tsujii.

“There are a thousand of people who can play as much as you can.”

“Becoming popular by engaging sympathy doesn’t give you future.”

Under his rigorous teaching, Tujii’s skill got improved as far as holding concerts where most of the audiences shed tears.

The article tells what it is like to be a blind pianist.

To learn a music piece, Tsujii listens to the piece that recorded right and left hand parts separately, instead of reading music.

There are Braille music (music sheet written with Braille code), but they are inefficient because it takes time to read them in an orchestra.

For a blind pianist, it seems hard enough to play as music tells, and it seems harder to play with ones interpretation.

There are many blind musicians in the world including another Japanese pianist, Takeshi Kakehashi.

The music world is ready in their soil to appreciate them with no difference from the musicians who have healthy sights as long as they have skill.