Professional and amateur modelers bring the kits that they put all their skills into, and display and sell for the purpose of showing their abilities of modeling.

The host is the most known figurines company, Kaiyodo Co. Ltd..

What attracts the visitors the most is that there are the garage kits of existing characters that are sold only that day, and one-off or limited kits are lined up (especially  amateurs’ works are in very small quantities, so if a buyer misses getting one on the day, he/she’ won’t get it forever).

In the site, there are a great number of garage kits, plastic models, dolls and costumes, which is interesting because many of which are not found at usual stores.

Let me talk about it in order. First of all, I got this admission ticket but it’s actually a “guide book”. 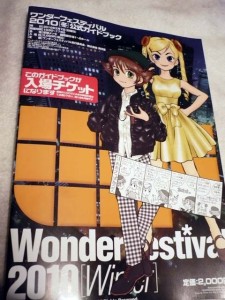 The exhibitors’ ads are in the book. 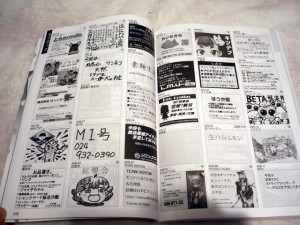 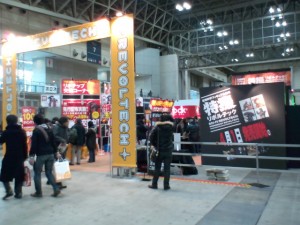 Manga “Fist of the North Star (Hokuto no ken)”, The Neon Genesis Evangelion, ONE PIECE, Miku Hatsune, Professor Layton, Gundam, and from America, Batman and Michael Jackson’s figures were there.

Fist of the North Star (Hokuto no ken) 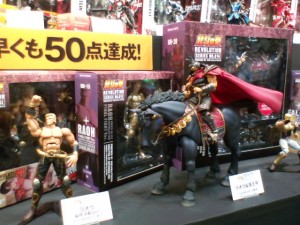 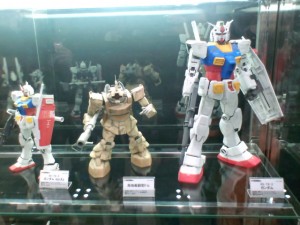 A poster of the movie “Professor Layton and the Eternal Diva”, which was released at the end of last year. 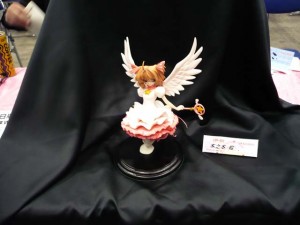 A villain Hakaider from Android Kikaider. This is cool.
I want it too but very expensive (I think it’s about US$650). 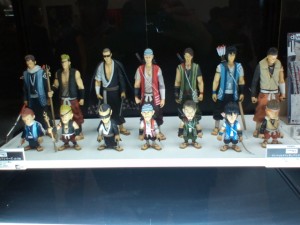 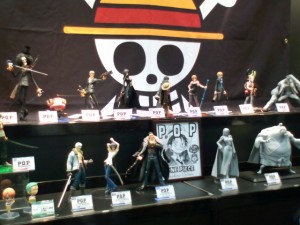 A robot (?) from Godzilla series “GIGAN” and Space Battleship Yamato’s model were there too. 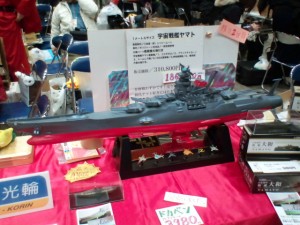 I don’t know what it is but it was standing out. 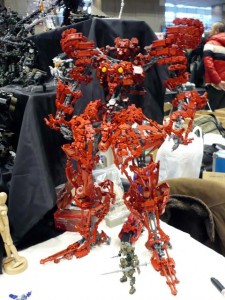 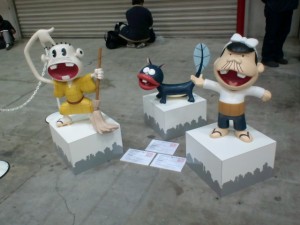 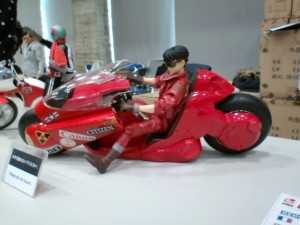 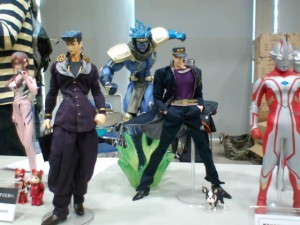 A replicated gun from an anime? Looks familiar though… 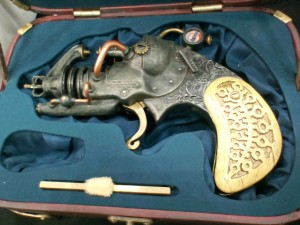 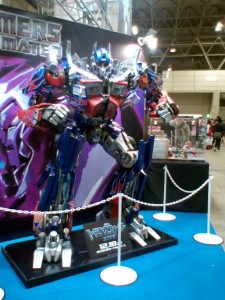 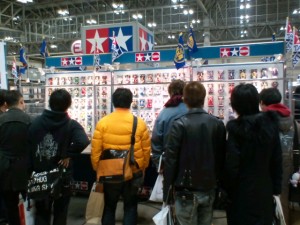 Imitation swords were exhibited too. They were cool. 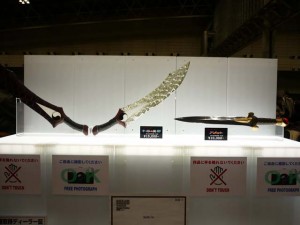 For some reason, there was a stuffed cat underneath a kotatsu (^_^) 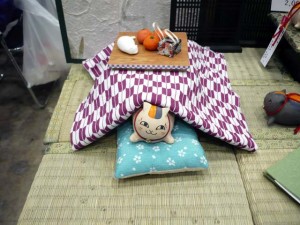 Costumes for figures were sold a lot too. 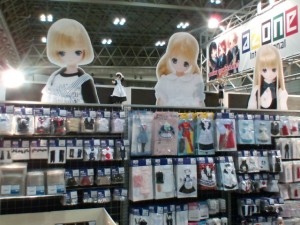 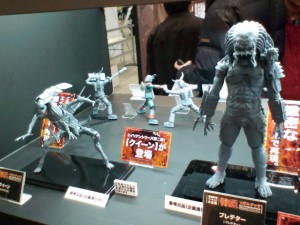 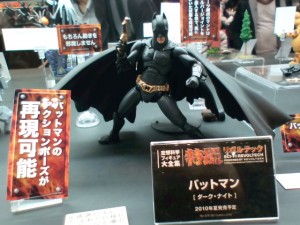 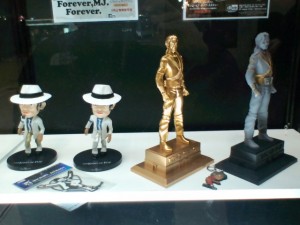 This was the first time I went there but I found how popular it is by seeing many foreign visitors.

The sculptures are made really detailed, and I realized how Japanese creators are great.

Wonder Festival is absolutely important event for collectors because there are many limited kits items that are only available there.

Even though the world is in the depression, the products were sold like hot cakes.

How rich they are!

One thought on “Wonder Festival 2010 [Winter] in Japan”