One of my favorite SFX movie genres, henshin (transformation) hero.

For example, in American movies there are Batman, Spiderman, and Superman.

Hero movies are very popular here in Japan too.

Let’s see on what point he thinks Japanese Heroes are cooler than American Heroes!

First, look at this picture. 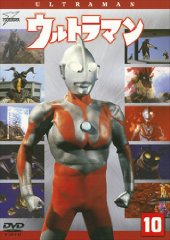 [W:Ultraman], a popular hero who has been loved over 40 years in Japan.

His costume is all-leather!

On the other hand, American Heroes…

According this blogger, Japanese Heroes’ costumes are thicker which means more defensive, so they are cooler!

Well…agree with him or not, it would be cool if there was a movie where Japanese Heroes and American Heroes fight (^_^)