Do you know Japanese stuffed toy, called Monchhichi?  It may not be as popular as Hello Kitty or My melody of Sanrio character, but it was very popular in the 70s and 80s. I just remember it so clearly because my parents was given one of these when I was born!  But anyway, such a cute toy in my childhood memory just had its 40th anniversary after sales started in 1974. 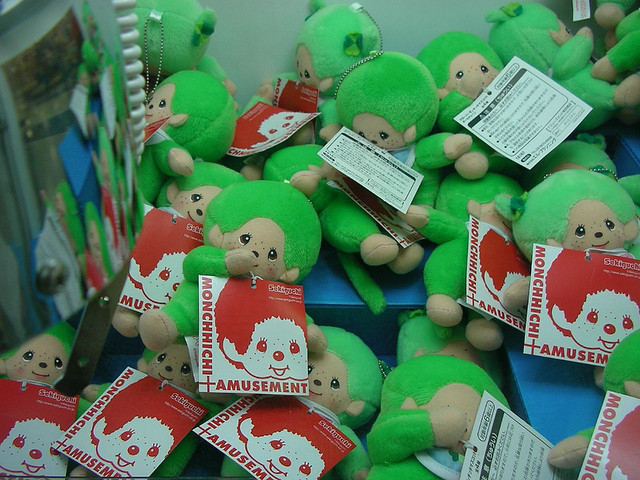 *FYI, this is specifically coloured version, and original one is brown one.

What I was surprised is that Monchhichi was actually popular internationally between 1979 and 1985 according to an article. Currently it was also sold in 25 countries around the world!

Really?? 😯   I never knew that Monchhichi can be internationally recognised character!

Anyway, to celebrate his 40th birthday, there was Monchhichi’s birthday party, called Gold Monchhichi Party in Omotesando Hills, Tokyo. It seems it was like a little exhibition with Monchhichi history, panel and photo booth for visitors to take a picture with. Monchhichi anniversary doll, Gold Monchhichi was also available on that day!

Ah, I should go see my parents and see if there is my Monchhichi is still in my room!!

If you know Monchhichi, please let me know:)  I am interested to see how far the cute doll actually went out from Japan!