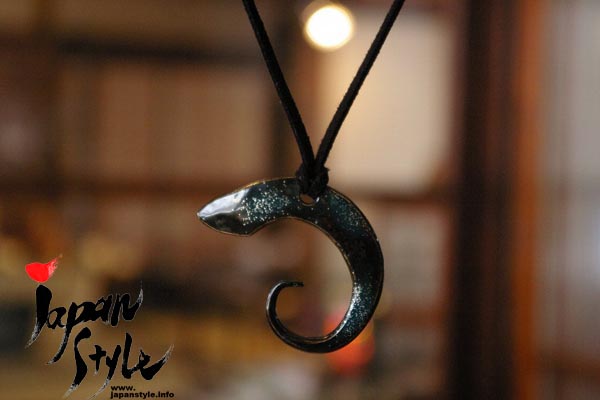 This is the pendant with Nanbu Iron (painted lacquer).

The design is starlit sky and it looks like “spiral water”. The spiral water design is a charm to protect against the threat of fire.