Eight Advantages of an Otaku Boyfriend

The word “otaku” is now quite common, even outside of Japan. (Just in case you don’t know, here is the link to Wiki) There are many otaku people in the world, and it is not unusual to see otaku couples as well.

According to a survey for women who have otaku boyfriends, there seems be many advantages being the girlfriend of an otaku person. 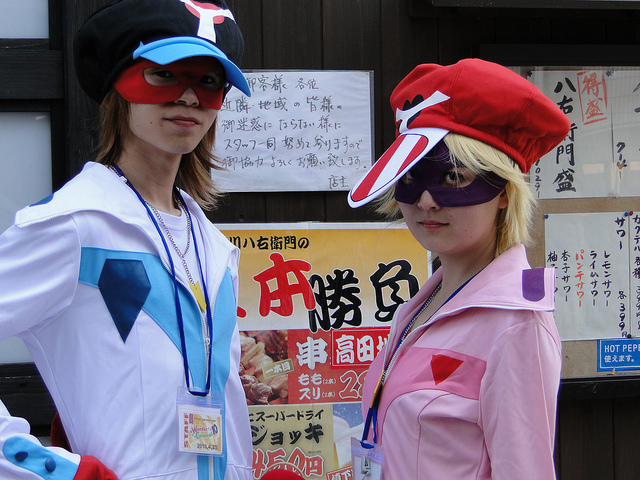 “My boyfriend had me memorize lots of names of game characters. It was hard in the beginning, but now I’m addicted to the game world”

“I’ve learned many things about the unfamiliar otaku world. Fun!”

You can gain new knowledge from your otaku boyfriend.

“I went to a comic market for the first time. That was so exiting!”

“Full-sized Gundam was quite impressive!”

You can visit strange places with your otaku boyfriend.

“Otaku boys are pure and single-minded, and can’t be flirts. I don’t have to worry about it.”

“If otaku boys cheat on me, it happens in the second dimension (not with real girls). “

You can trust your otaku boyfriend completely!

“I am otaku too, so we can enjoy the same things.”

You can be deeply absorbed in the otaku world with your boyfriend!

[5] Lots of knowledge and fun conversations

“I am never tired of conversations with my otaku boyfriend! The range of subjects is limited, though.”

You can have great fun talking to your otaku boyfriend!

[6] Respect for your sense of values

“I’m otaku, but my field is different from my boyfriend’s, and each of us has an inviolable territory. We each respect the other’s interests.”

You can feel comfortable with an otaku boyfriend who respects your individual tastes.

“He knows much about electronic products and found the best cellphone for me.”

“My boyfriend has plenty of know-how.”

You can ask him anything about his specialties!

“He is a computer otaku and my only help desk staff.”

“My boyfriend hand-built a computer.”

You can solve your problems very quickly and properly if they are in his otaku field!

How about that!? Are you gradually starting to want to have an otaku boyfriend (or girlfriend)?

2 thoughts on “Eight Advantages of an Otaku Boyfriend”