Have you ever heard of the Japanese word “shinken shiraha-dori”? Shinken means “real sword”, shiraha-dori is a karate defense technique used to stop a sword with the bare hands as it swings down over the head. I found a video of REAL shinken shiraha-dori performance on You Tube. The swordplay starts at 0:40 in the video.

Ahhhh sooo scary (x_X)! I don’t want to think of when it’s failed… 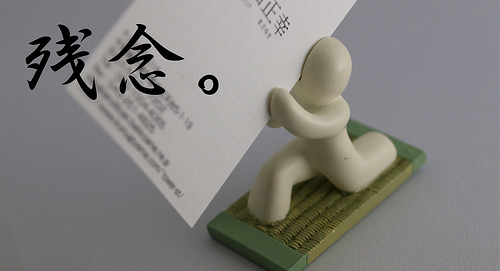 This product is introduced on the B-LABO website. Look at the base. It’s Japanese tatami mat! Quite elaborate, isn’t it? But also, it looks very miserable; he failed to stop the shinken (^^;