Sending greeting cards for the Christmas season and the upcoming new year is common in many countries. Also in Japan, we have a traditional custom to send season’s greeting cards called nengajo to our friends, family, coworkers, and so on.

However, nengajo is not for Christmas, but only for New Year. Usually we start preparing nengajo in the middle of December because we have to mail them before Dec. 25 so that they are delivered on New Year’s Day. They can be delivered even after New Year’s Day, but still it is best to receive nengajo on January 1st (^^). 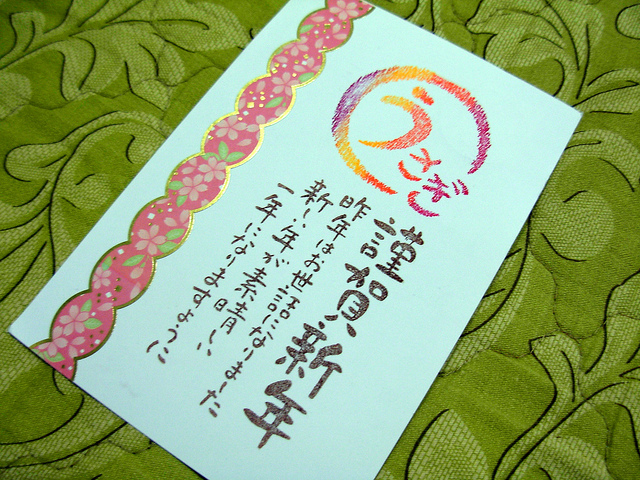 This is a very typical and simple nengajo,
mentioning “thankfulness for the last year” and ” happy new year.” 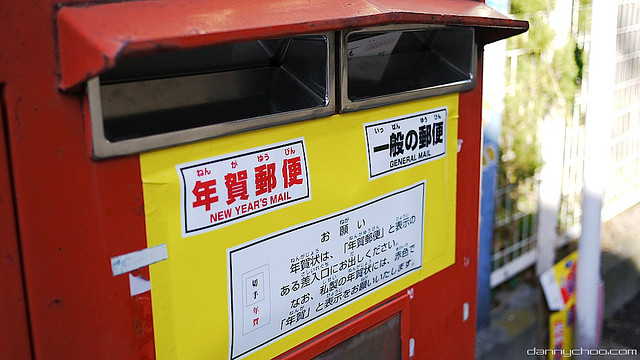 For Japan Postal Service to begin collecting nengajo,
a special set of directions is put on every post box, like in the photo above.
You need to be sure to drop your nengajo into the left slot. 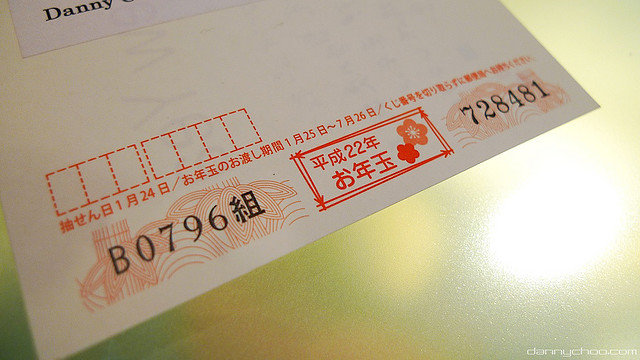 A special feature of nengajo is a lottery. If you are lucky, you will get something nice!
The winning numbers are announced in the middle of January.

Sending nengajo by mail is becoming less popular these days. Most young people just send e-mail from their mobile phones. And let me write about another unique nengajo service at the end of today’s post. In Japan, we have a social networking service called “mixi”.

Through mixi, you can order nengajo on line and send real postcards (not by e-mail) to your mixi friends even if you don’t know their mailing address or you don’t want to disclose your address. I think this is an interesting service, but it may also make young people become less social (^^;