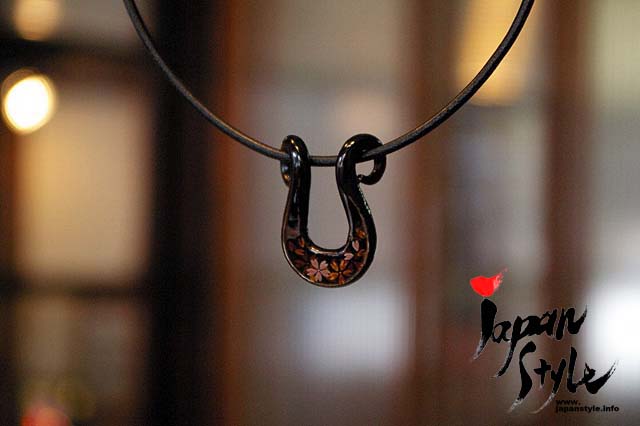 This is the pendant with a horseshoe shaped Nanbu Iron (painted lacquer).

Although it’s small and simple, the texture of iron and the shape of horseshoe match each other and make it distinguished.

Moreover, it looks like “water droplet”. The Water Droplet design is the essence of the harmonious sound of a serene mountain spring dripping.

Recently, Nanbu Iron has increasingly gained an international appreciation in the fashion world in such places as New York City and Paris.Today’s popularity of Nanbu Iron can be directly traced back to its roots 400 years ago.

If the Etsy link is dead and you have questions about the item, please contact me here.