There is a unique restaurant called “Hawaii” in [W:Nagasaki prefecture]. The appearance of the restaurant doesn’t look like Hawaii at all, though (^^; Since founding the restaurant, the owner has come up with a lot of original menu items. 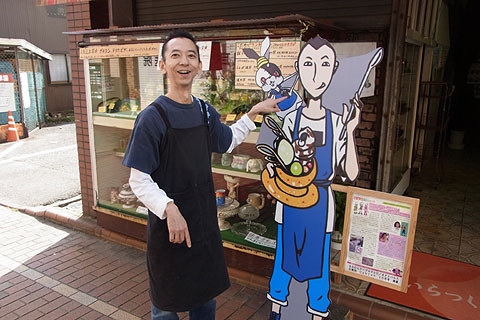 The master of “Hawaii”.
He has his own mascot which was created by kids in the neighborhood.
They two look very similar (^^). 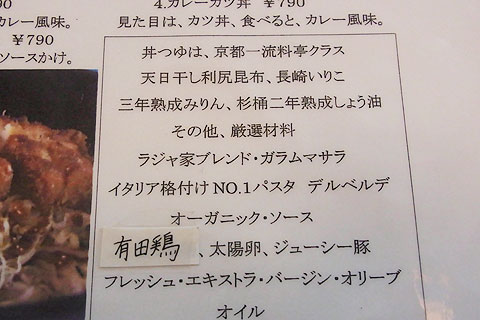 At “Hawaii”,the ingredients in each dish,
even the brand name of each seasoning, are written in the menu.
That’s amazing!

Now, let me introduce his newest feature, a fusion of pizza and donburi.

Donburi literally  means a “bowl”, but sometimes it indicates an item itself, which is something delicious on rice. For example, we have katsu-don (cutlet on rice), ten-don (tenpura on rice), gyu-don (beef on rice), and so on. And look at this! This is the restaurant’s new menu,”pizza + donburi”. 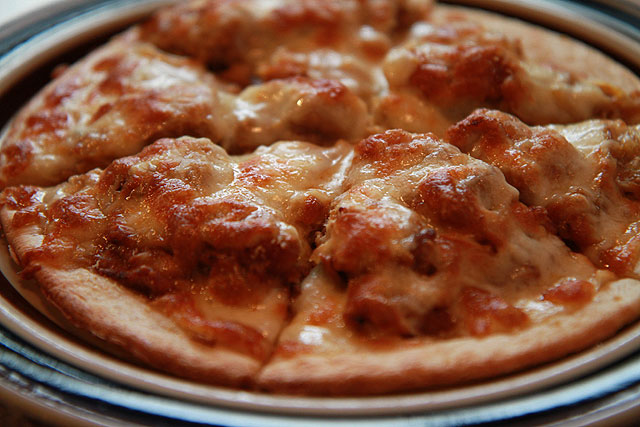 Hmm, It looks good…but just like a regular pizza.
I wonder why it is called “donburi”.

Let’s see the photo before cheese is added. 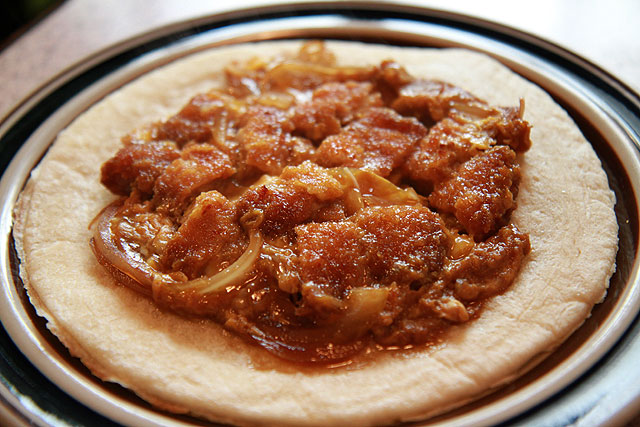 Oh! Something on the pizza crust is the same as katsu-don! 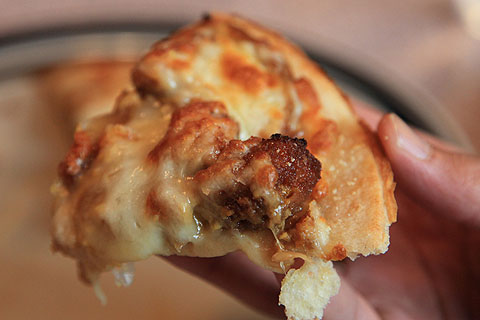 But where is rice??

According to the master of the restaurant, pizza crust and rice are both carbohydrates, so he used pizza crust instead of rice (^^; But maybe “donburi” should have rice! Now the master tries to make a real “pizza donburi” with rice. 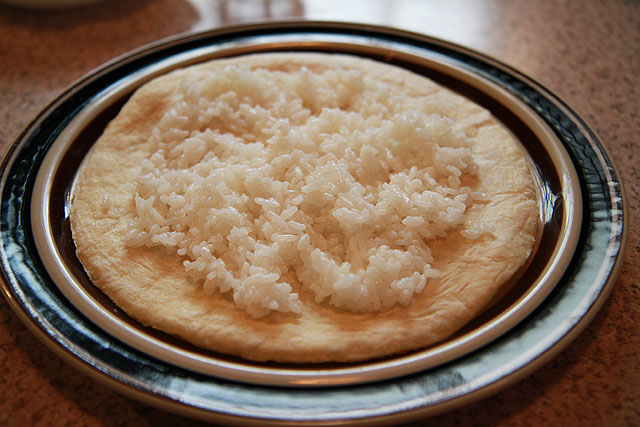 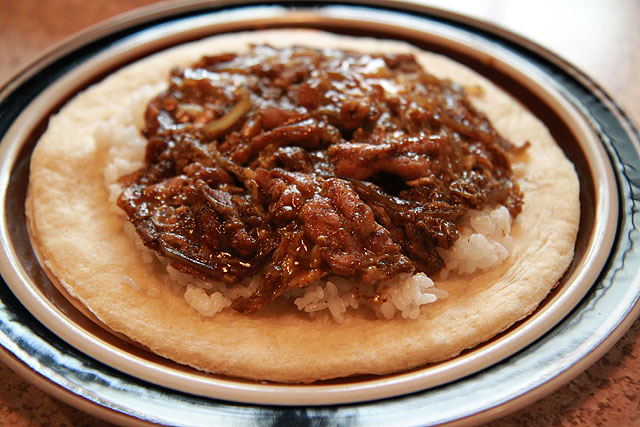 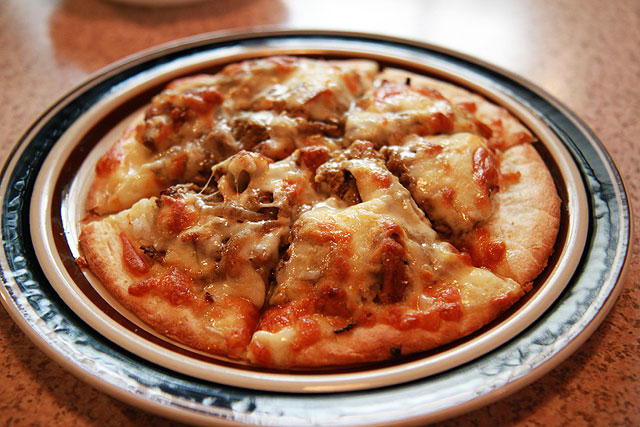 Add some cheese and here it is!
This is suitable to be called “pizza donburi”. 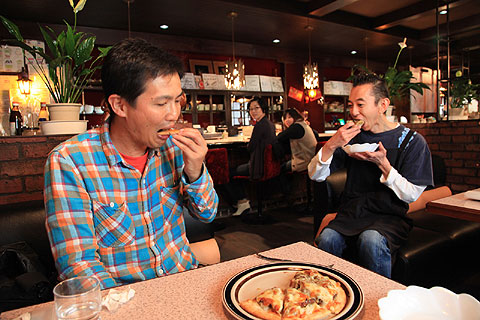 The master decided to add this real “pizza donburi” on his menu lists (^^).

One thought on “Japanese Unique Pizza at a Unique Restaurant”