A famous samurai cat mascot of the [W:Shiga Prefecture] city of Hikone, “Hikonyan” was selected as the most popular Japanese municipal mascot at Japan Expo in France. 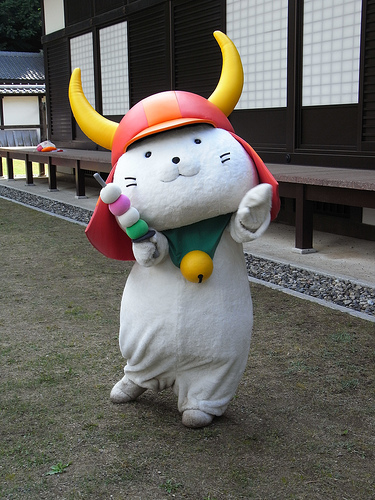 At the Japan Expo, the Paris office of the Council of Local Authorities for International Relations asked visitors (mostly French) to vote for their favorite among 33 municipal mascots. Hikonyan won the first place receiving 112 votes out of 1200.

Hikonyan was born in 2007 as a mascot character for Hikone Castle’s 400th anniversary event, and has been popular throughout the country. Wherever Hikonyan shows up, it gets surrounded by people, and eide variety of Hikoynan goods are sold in the in Hikone and neighbor cities. 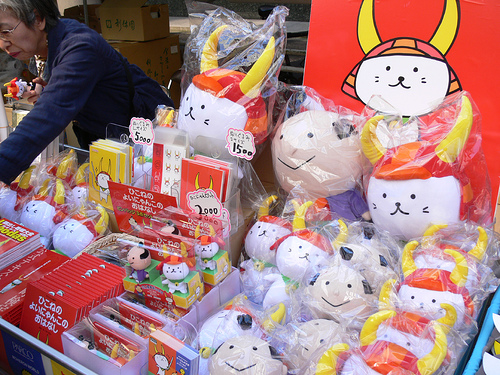 – The sex is unknown.

– Its hobby is walking around the castle.

– Because its legs are too short, it is bad at going up and down stairs.

– It has resident’s card of Hikone City.

Do you start liking Hikonyan? If you want to hug Hikonyan, visit Hikone Castle! (You can check Hikonyan appearance schedule HERE (in Japanese))