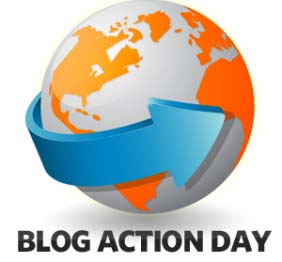 What is Blog Action Day?

11 March, 2011. It occurred to us all of the sudden. The Great East Japan Earthquake left scars not only on Japanese, but people all over the world. This earthquake made the name of FUKUSHIMA known throughout the world. People lost houses, and are still forced to live in shelters without clear solutions against the effects of invisible radiation. For those innocent people, I can only wish that everything goes back on track as soon as possible.

But is this right direction? I sometimes cannot deny the fact that I feel something wrong with such discussion. I believe this is because the discussion is done from the viewpoint of power supplier side, and it focuses on how to increase energy supply capability. When there is insufficiency in electric power supply, conservation of 1kW electricity means 1kW of additional electricity supply. So, we should be able to think of how to reduce electric consumption instead.

Have you heard of condominium apartments with solar panel? In Japan, solar panels were mainly introduced to detached houses, but recently, application to condominium apartment has been encouraged.[2]  Some people question the relation between solar power generation and electricity conservation. But here is the overview of the system; you can see how these two are closely related.

If you set solar panel on the roof of your house, you can generate electricity when it’s sunny during daytime. Generated electricity will be spent in the house, and excess power will be sold to power companies. In 2012, excess power can be sold for 42 yen (US$0.5) per 1kW, so if you reduce electric consumption, you could earn money by selling such excess electricity. Owners of solar panels could earn money depending on the amount of electricity conservation, and can also contribute to stop global warming. In addition, as the apartment is complex housing, excess electricity generated within the complex can be distributed to a room with insufficient electricity. So, as a resident of the complex, you can jointly work with your neighbours to improve self-sufficient rate of electricity as well as contributing to global warming countermeasures.

Have you ever heard of Candle Night? [3]  In order to think of the Earth and realise how people are heavily rely on electricity, participants use candles during this event, turning off lights. People turn off lighting for 2 hours between 8pm and 10pm, and think of environmental issues including global warming and energy issues by watching the light of candles. This event was held on 16 June this year. 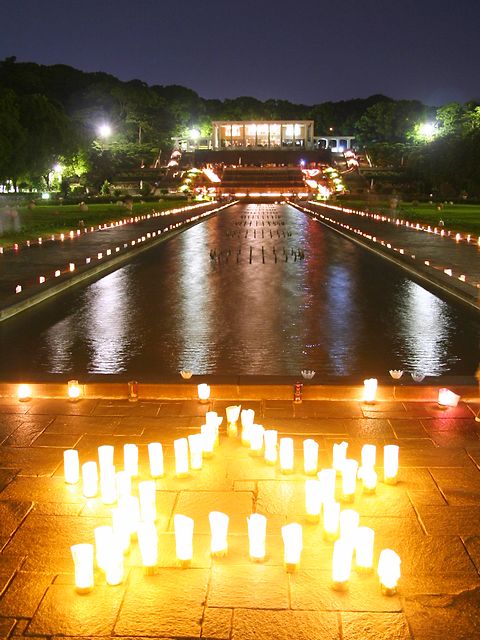 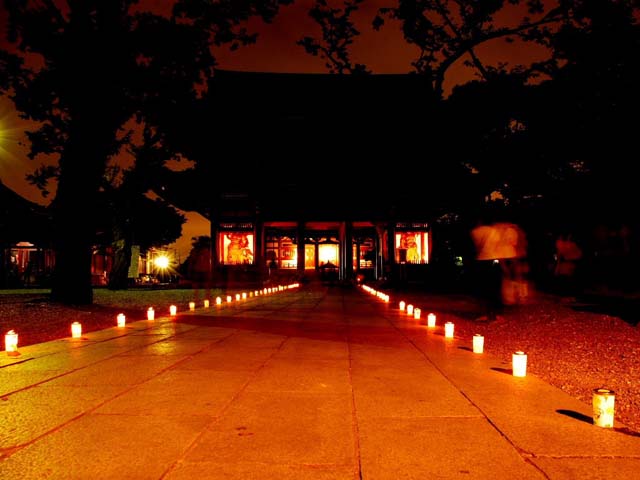 Also, there is a similar event, called Right down Japan.[4]  This was held on 21 June (the summer solstice) and 7 July (the Star Festival). Approx. 33800 facilities joined this event, and 1730 thousand kWh worth of electricity was saved on 2 days. CO2 emission was reduced by 717t, which is equivalent to CO2 emission of 55k houses on a day.[5]  As you can see, if electricity conservation is done by a large number of people at once, the achievement can be huge like this.

Energy issue is not only for Japan, but a universal issue. And when people start considering how to spend precious energy resource, changes can be seen in people’s attitude toward the use of electric power consumption. Electric power is limited source, and cannot be supplied forever. Little electricity conservation of each person can be a great help to solve energy issues. This is why ‘The Power of We’ is needed.

Tokyo Walker: What is evolving candle night event in downtown like? 18 June, 2010