The Most Exciting Scene of “Nagasaki Kunchi” Festival 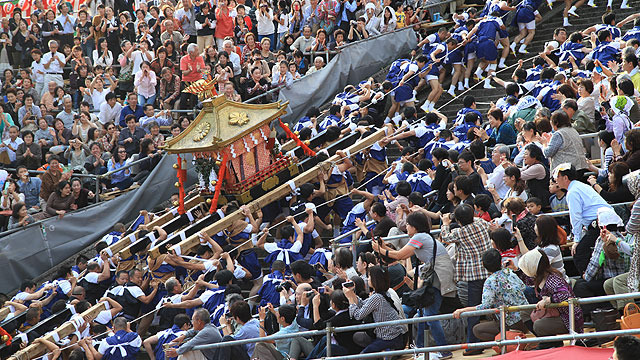 This is the most exciting scene of “Nagasaki Kunchi” festival.

Nagasaki Kunchi is the most famous festival in Nagasaki prefecture, Japan. It began as a celebration of autumn harvests in the late 16th century and became a shrine festival when Suwa Shrine was founded in 1642.

From October 7-9 the presentations of the festival, which vividly reflect Nagasaki’s colourful history, spill over from the three festival sites into the streets and create an atmosphere of celebration throughout the city. 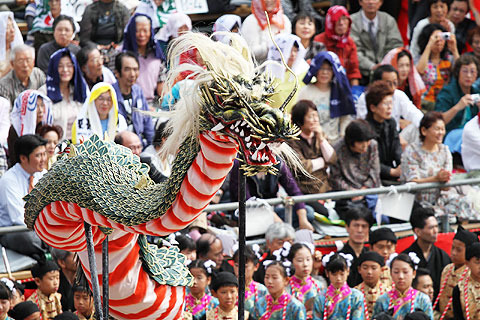 Dragon Dance is one of the main part of the festival.

The most famous scene is “Jaodori(Dragon dance)”, but,  “Oagari(rushing up)” scene, which people rush up the steep stairway to Suwa Shrine at very last part of the festival, is also one of the most exciting part.

The writer of this article went to see this festival and got excited, especially about the powerful “Oagari” scene.

I would like to introduce this festival through his report.

“Nagasaki Kunchi”, the name itself is well-known by most of Japanese people, but the details may not be known very well by those people.

“Dragon dance” is known as the most exciting part of the festival, but the actual core of this event is “Omikoshi (Portable Shrine)”. 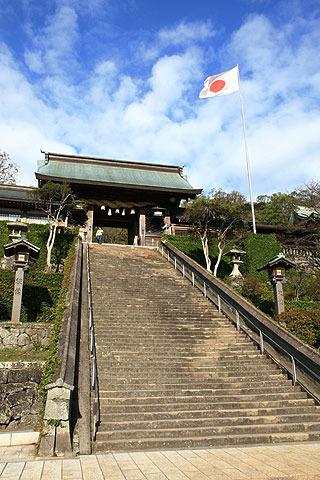 This is the stone stairway the participants will rush up.

OK, let’s look at some pictures of the festival from the beginning.

On the course of the parade, there had already been a crowd of people. 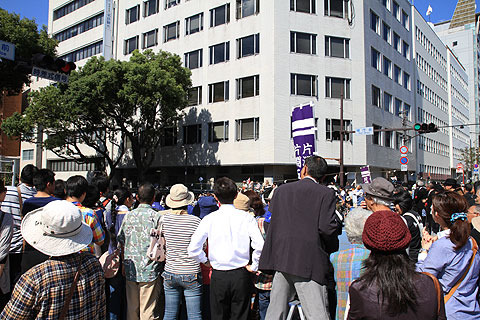 “What can I see from here?” 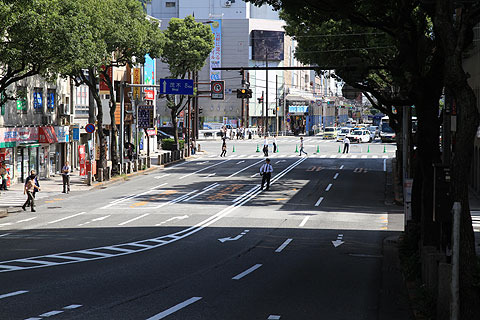 Traffic restriction was being taken place on the main street.

After a while, a cheer arose from the distance, and it became louder little by little.

Then, a huge crowd of people were approaching rapidly, its footstep became louder and louder. 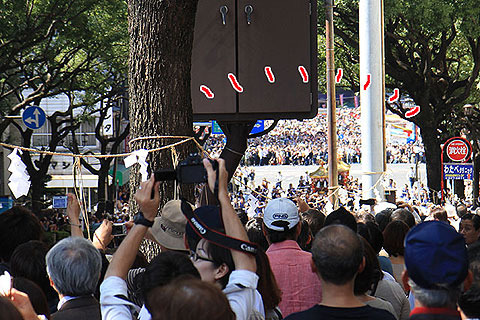 Can you see a huge crowd of people?

In a moment, a number of men ran through the street carrying the rope and the three portable shrines. 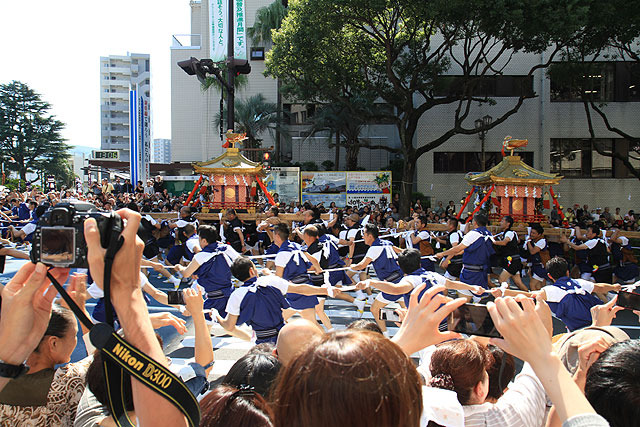 It was just a moment. They passed in front of the writer and disappeared soon, then they ran up toward the hill.

The crowd were waiting for this!

After the run through, the parade stopped on the upslope.

On the upslope, people can see and take photos of the portable shrines freely. 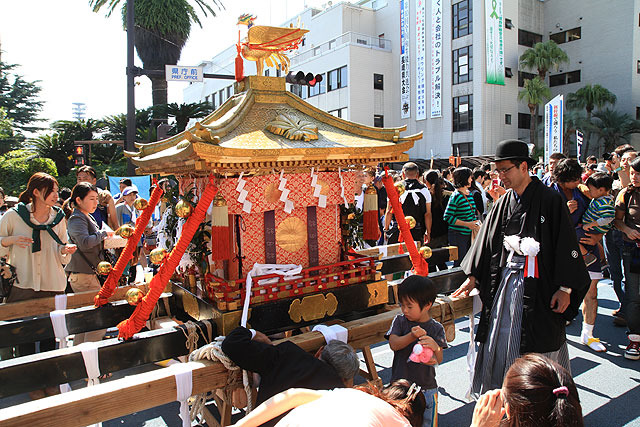 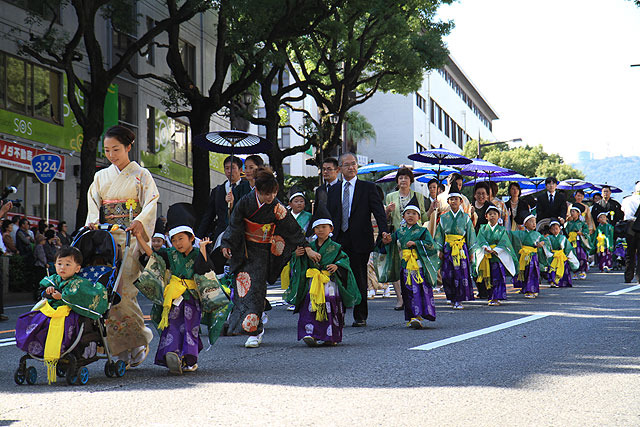 How cute they are! 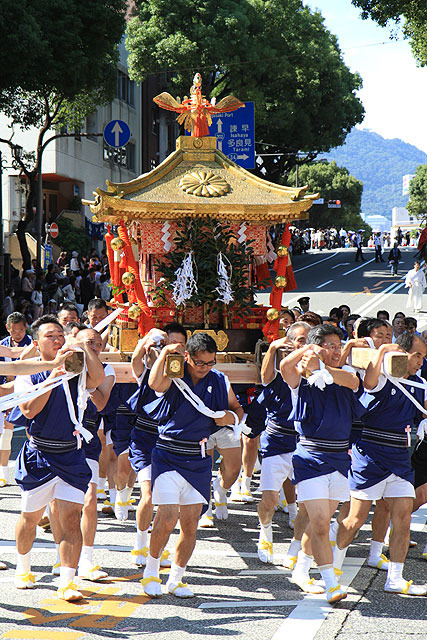 The participants with a various costume walked on the street. Children were so adorable, and men were so cool.

Then, the parade goes into the shopping avenue. 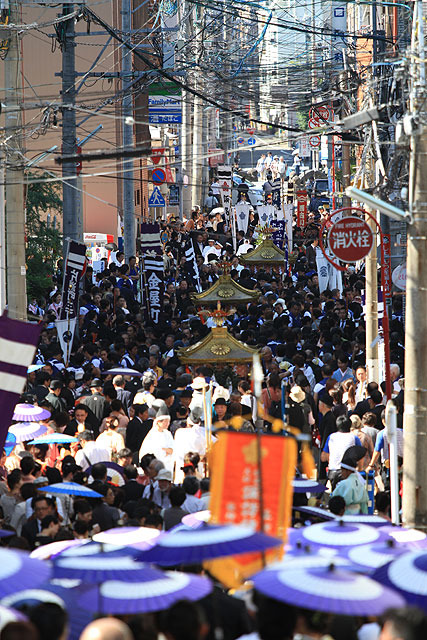 Can you see this crowd?

Taking about 2 hours walk, the parade goes toward the Suwa Shrine, the climactic point of this festival. 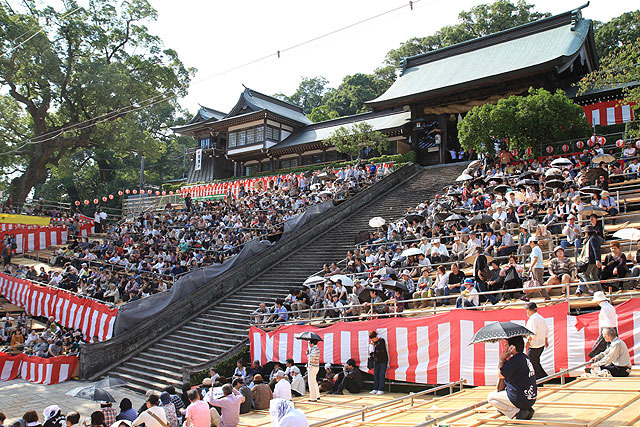 People waiting for the parade in front of Suwa Shrine. 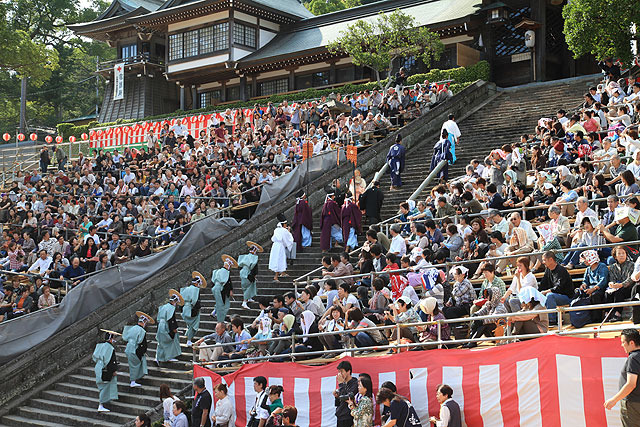 After Shinto priests and officers passing…..

Suddenly, a lot of men with the portable shrine rapidly approached to the stairs with loud cheer. It’s a mad dash! 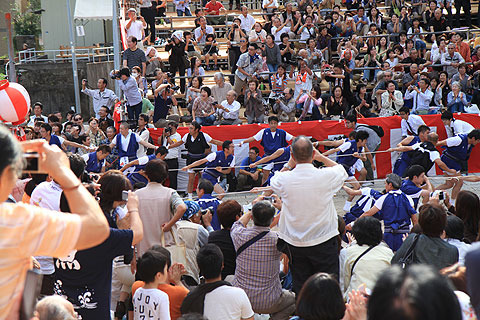 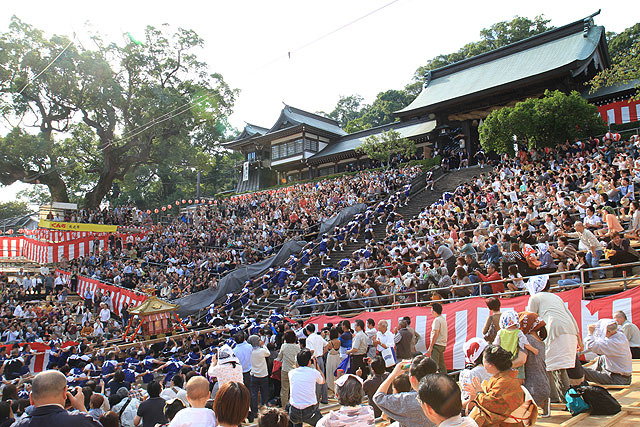 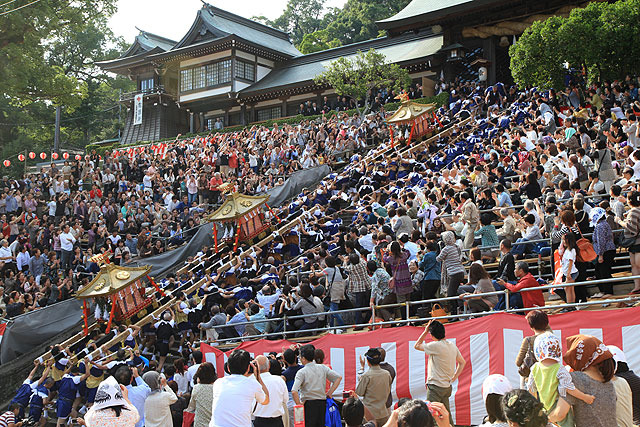 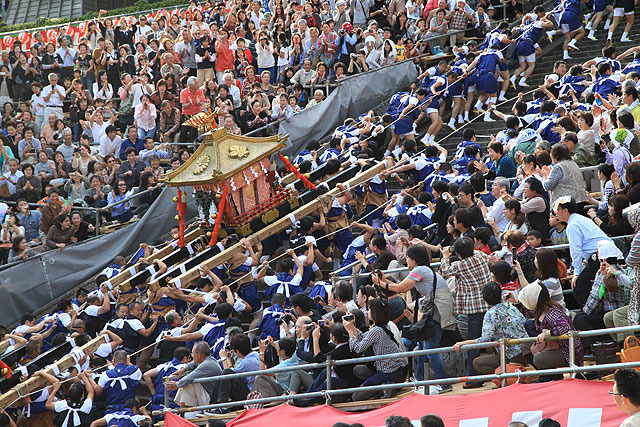 Can you see this excitement?

It was just several tens of seconds. A lot of men rushed up the steep stone stairs toward the goal Suwa Shrine carrying the portable shrine on their shoulder.

All of the audience stood up and gave loud applause for them, and took photos with cheers. The excitement rose to its highest pitch.

“That’s the climax point of this festival!” 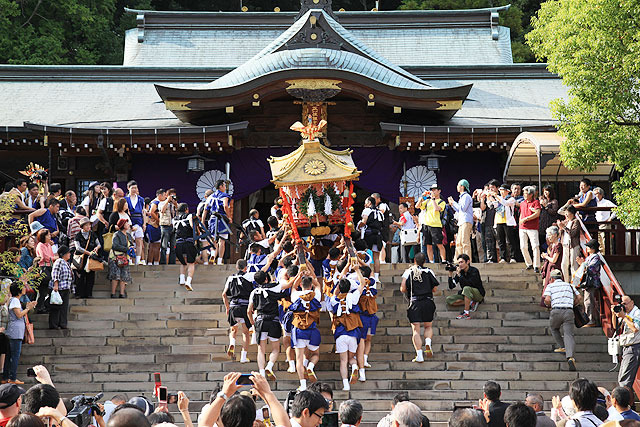 The last portable shrine went into the Suwa Shrine.

All of the schedule of this event is over now.

It was just less than a minute, but it seems it’s definitely amazing moment!

Now we have seen the festival through his report. What do you think?

The writer took many excellent photos and we could see the excitement of this festival from those pictures.

I would thank him  for showing us such fantastic event held in Japan.