He talks about what a senior member (senior member, known as ‘senpai’ in Japanese) of the shogi said to him when he was young. 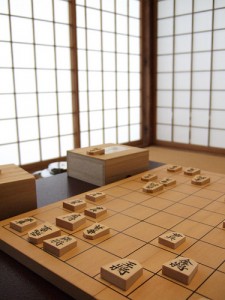 When he was at a hot match to win the championship, the senpai told him, “Tanigawa, if you are incapable of winning, you will just lose, that’s all.”

He had to win 4 games first.

His opponent was Hifumi Kato. He won 3 games, but then he lost 2 consecutive games.

When he only had one game to win and was under a lot of pressure, the senpai came to him and gave him a piece of advice.

Since the senpai was more than 30 years older than Tanigawa, he listened intently to his every word he said.

I didn’t understand what he meant at first, but as I went by, I realized that I was too conscious of the pressure to win and he meant to warn me not to get all fired up.

Meijin sen (master game) takes about 20 hours for one game. Only slight emotional upset makes a difference in whether the person wins or loses the game.

Since he learnt how important it is to keep himself calm to win the game, he was able to win the sixth game.

Tanigawa says, “The senpai never liked going to the end-of-the-game party. So I hadn’t had any chance to talk to him to get his advice before. I heard he told someone that he felt like he was meant to give me advice on that day. He is a qualified bonze. Well, I learnt the teachings of Buddhism:‘giving advice lead by unseen force’ from him. I greatly appreciate him for teaching me how important it is to keep peace of mind to win the game.”