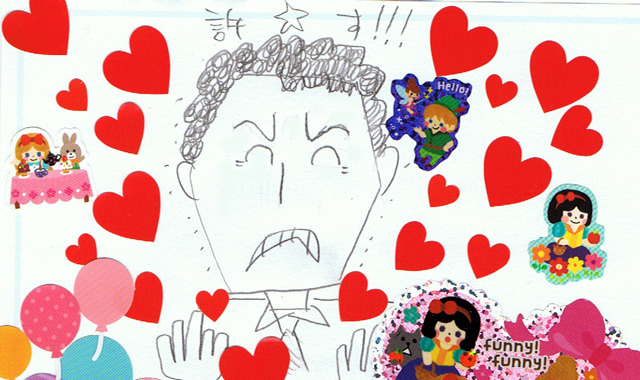 Young Japanese girls really love kawaii (cute) things, and often decorate their belongings such cell phones, fingernails and even handwritten letters in their own kawaii ways. One day a blogger, Mr. S (28 year old man), finds a how-to book for “deco” letters, and comes up with a unique idea. Notes of apology and letters expressing regret for mistaken actions are common in Japan, so what if he writes serious statements of regret in young girls’ kawaii deco style? 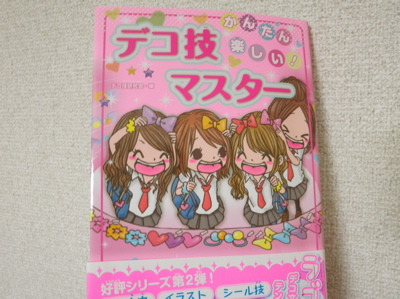 This is the book for deco-letters.
It’s really too kawaii for 28 year old man (^^; 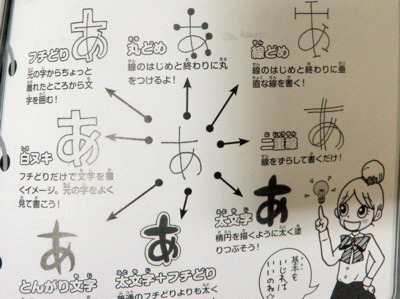 A guide to writing hiragana letters in several kawaii ways. 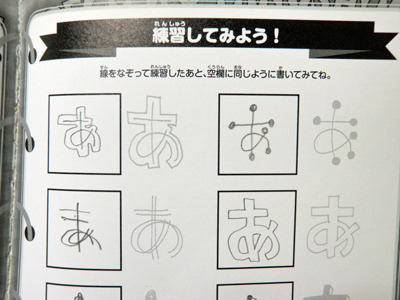 The page for practice. Seems a bit difficult… 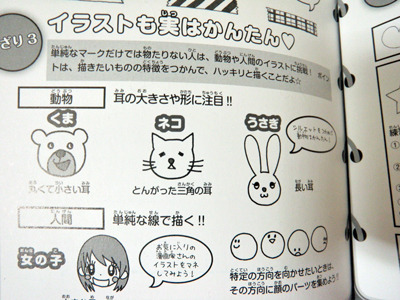 Illustrations are also an important factors in making letters kawaii.

Well, let’s see how our blogger Mr. S is going to decorate his serious statements of regret with kawaii letters and illustrations! 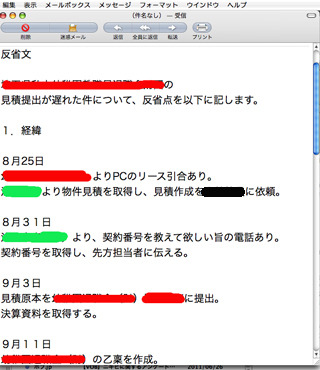 This is one of the statements of regret written by Mr. S about five years ago.
It seems that he caused some kind of delay at work.
And of course, it’s seriously written. 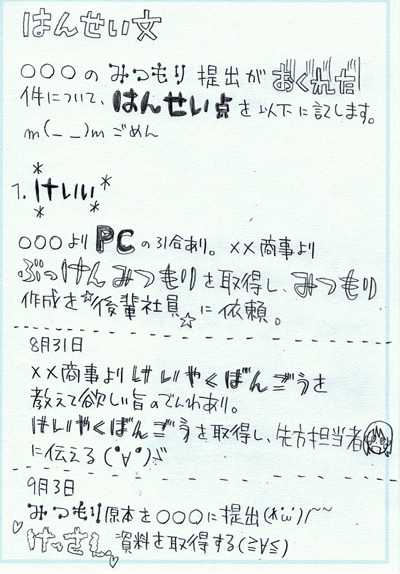 And this is the statement rewritten in deco-style.
Looks like it was written by an actual girl (and also looks insincere).
His efforts are fully rewarded 😉 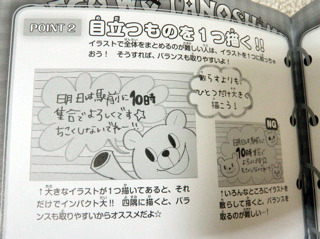 According to the how-to book,
drawing big and conspicuous illustrations will make the statements attractive. 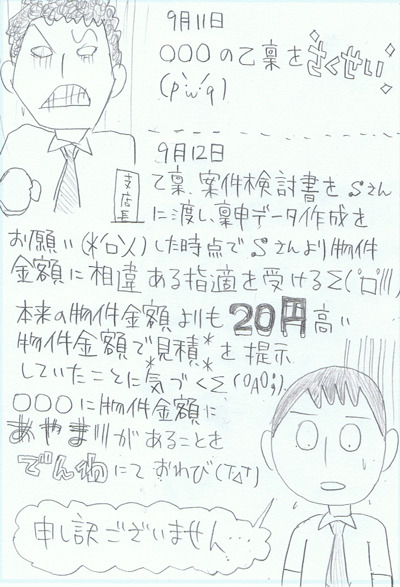 How about this!? Angry boss and heart-broken Mr.S are well drawn.
(And getting more conspicuous ^^;) 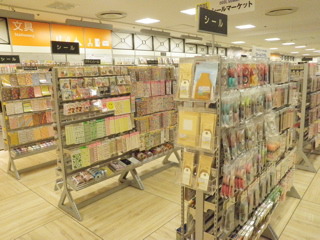 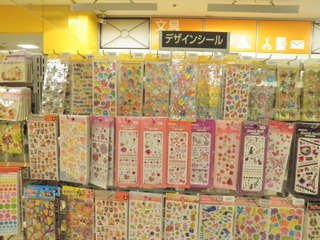 Wow! So many stickers (@o@)!
Mr. S visits a stationery shop to get some stickers. They will make his statements amazingly kawaii (^o^)v 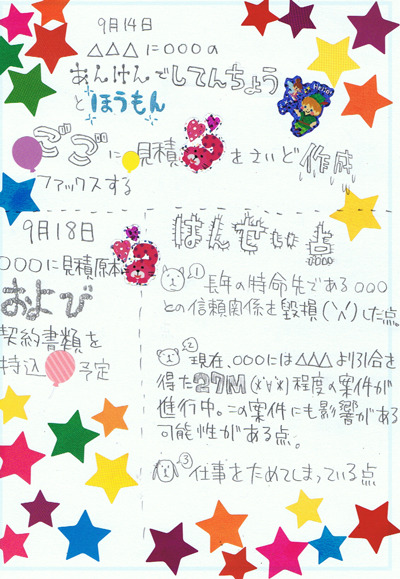 See? Really cute!!
It doesn’t look like a statement of regret anymore. 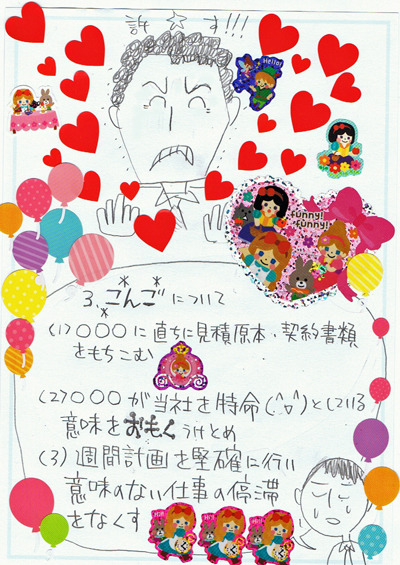 His boss is saying “I forgive you!!!” with many hearts lol.

If you submitted these statements to your boss, what do you think s/he would say? Are you brave enough to try this!? 🙄