The Twitter user who is most followed in Japan is Gachapin, a popular Japanese television character. Started Twitter in 2009, he now has 997,000 followers!

Gachapin is 5-year-old green dinosaur who has appeared in a children’s TV program Ponkikki since 1973 with his best friend Mukku, a red Yeti. 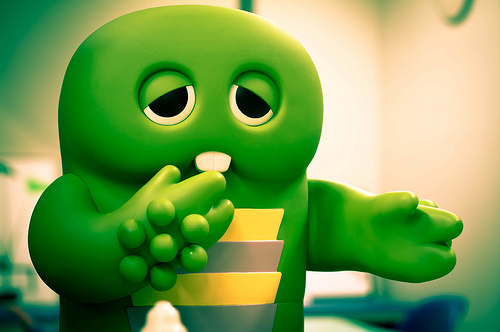 What makes him so popular is probably his adventurous spirit. He has tried all kinds of sports including skiing, rock climbing, hang glider, gymkhana, scuba diving, karate, figure skating, and motor sport. He is good at almost everything except for bowling.

You can see some Gachapin’s experiences in the video below.

This is him trying scuba diving.

In 1998, he even did spaceflight from a Russian space station, Mir.

10 years from the space travel, he reached the top of Yala Peak in Himalaya.

Gachapin and Mukku items are easily found in Japan. They are loved not only by children but also by adults. 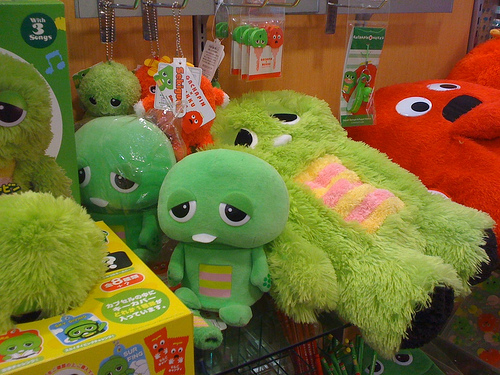