13 hours after 8.8 magnitude quake struck northeast Japan, 6.6 magnitude quake hit north Nagano prefecture in central Japan. There have been some aftershocks in Tokyo area too.

At the present, tsunami warning is out for all coasts in Japan. Large fire seemed to break out in different regions. According to Police of Japan, bout 700 hundreds people are missing now.

Google opened “Person Finder: 2011 Japan Earthquake,” which you helps to find someone you can’t contact with, or leave information about someone. It is available in Japanese, English, Korean, and Chinese. 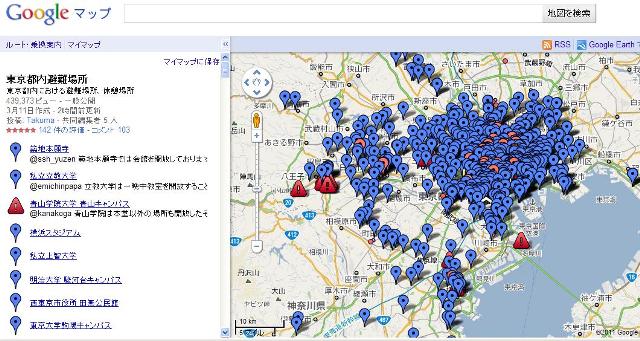