Pet Shooting Mode is Not Just for Pets 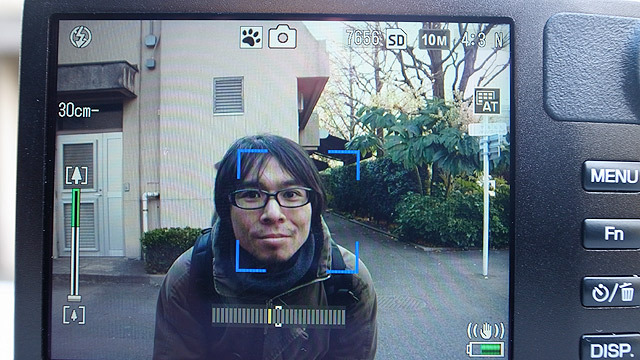 Does your camera have a function called “pet shooting mode”? This function automatically recognizes your pets’ faces so that you can easily record their daily lives.

Today, our blogger Mr. J conducts a fun and interesting experiment using this “pet shooting mode” on his camera. 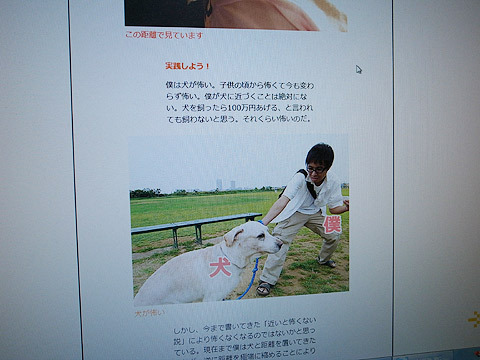 As you can see, this is a web image of a dog with Mr. J.
He wonders if this 2-D dog can be recognized by his camera as a “pet”? 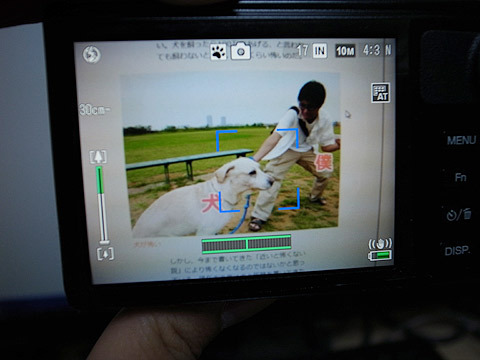 Wow! Pet shooting mode correctly recognizes the dog face on the website.
What a smart function! 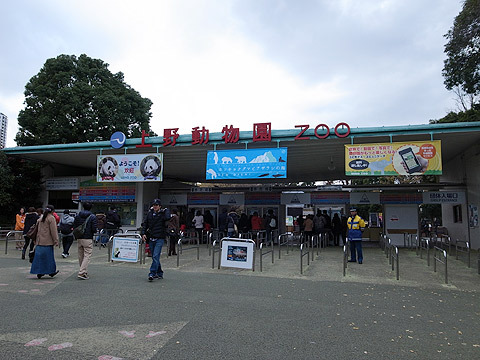 The pet shooting mode was developed to take photos of normal pets such as dogs and cats.
But, how about other animals? Mr. J heads to Ueno Zoo. 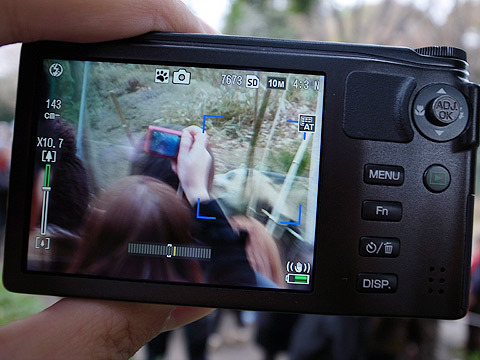 Here comes a panda bear! It’s very blurry, but the camera recognizes it as a pet!
(I’m not sure if it’s can be called a “pet”, though ^^;) 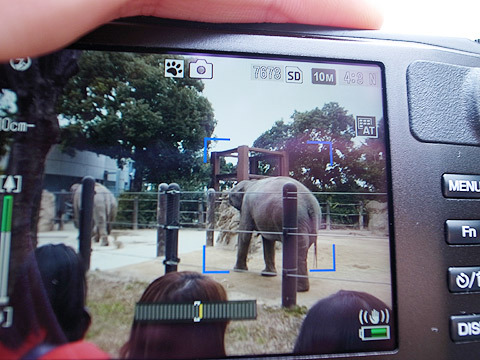 The next one is an elephant.
It is recognized as a pet, even from the back and even if it’s too big to really be a pet! 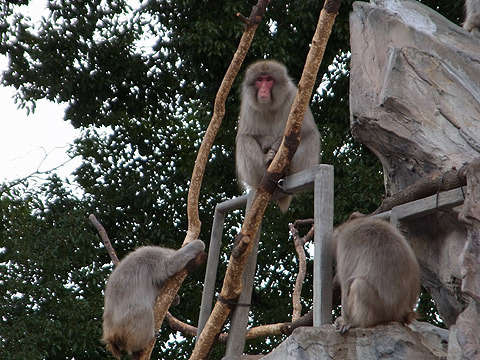 The next target is the monkey on the branch.
Let’s try another function called “face recognition mode” (for people) first. 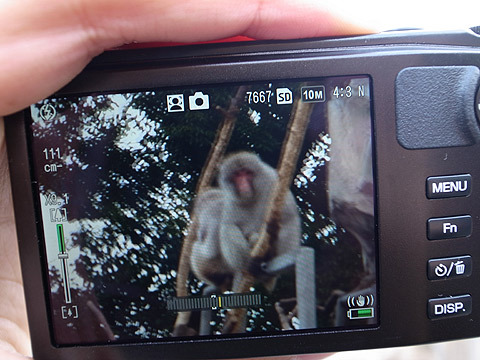 Hmm. It doesn’t work (*_*)
The camera knows that monkeys are not human beings. How smart! 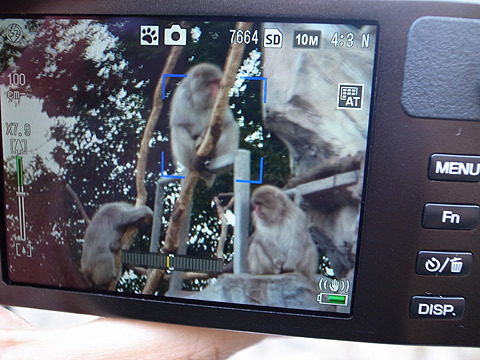 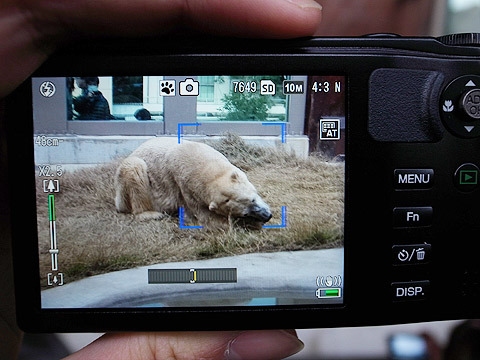 Wow! The polar bear is also recognized as a pet 😀 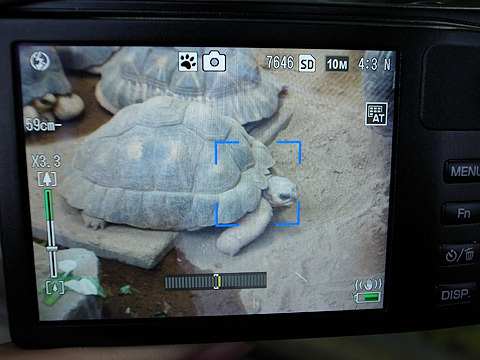 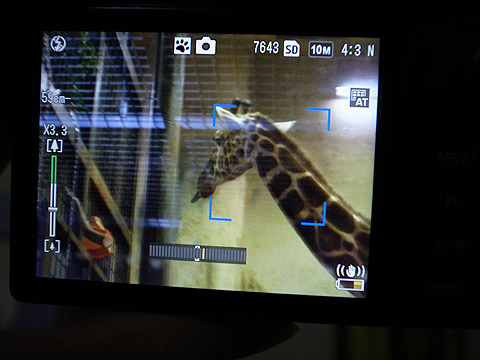 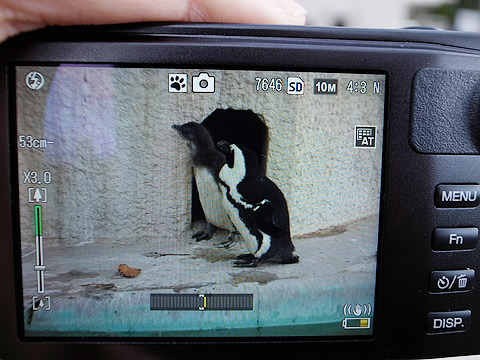 The only animal that the camera didn’t recognize as a pet was a penguin. 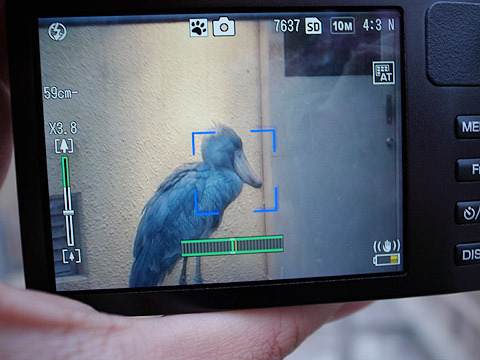 The pet shooting mode works even for a shoebill, but not for penguins.
Hmm (-_-) 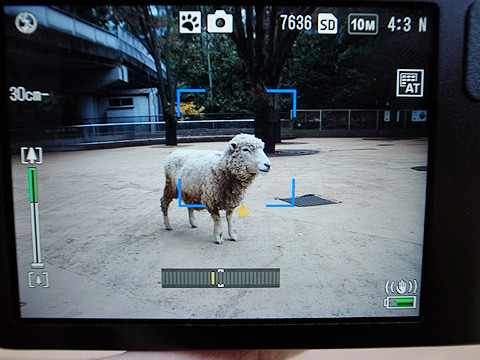 A sheep is of course pet for the camera.

However, once Mr. J jumps into the same frame, the camera recognizes HIM as a pet!
That’s weird. Let’s try one more time. 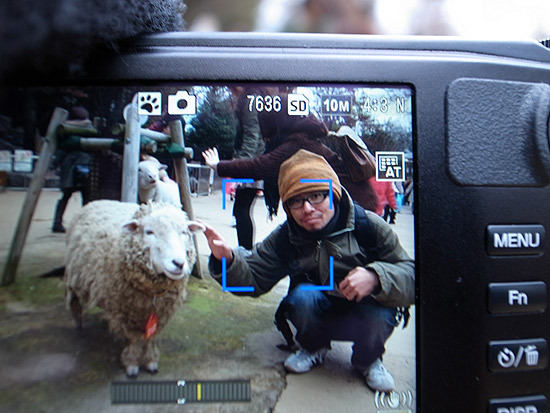 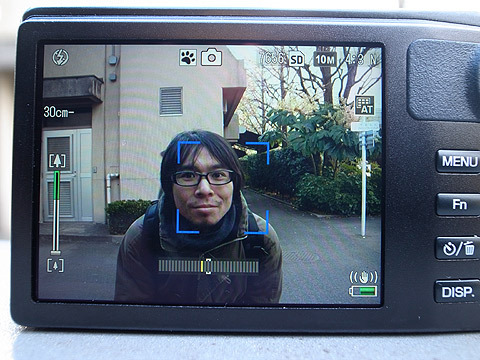 By the way, why doesn’t his face appear in the exact center of blue frame !?